Died at: Killed in action

John Victor Wadham was educated at Ryde School on the Isle of Wight, and then went to the Grammar School at Newport. He had begun an apprenticeship with the furnishing firm of Shepperd and Hedgers in Southampton but also joined the RAF Volunteer Reserve prior to the outbreak of WW2. He joined 601 Sqdn. at RAF Tangmere on 3rd August 1940. Flying Hawker Hurricane V7426, he was involved in a dogfight with an Me109S over Hastings on the morning of 12th October 1940 and was shot down and killed. The aircraft crashed at Courseham Farm near Cranbrook. Sgt Pilot Wadham was killed while serving with 145 Sqdn., and his body was taken to Newport for burial. (JVF) 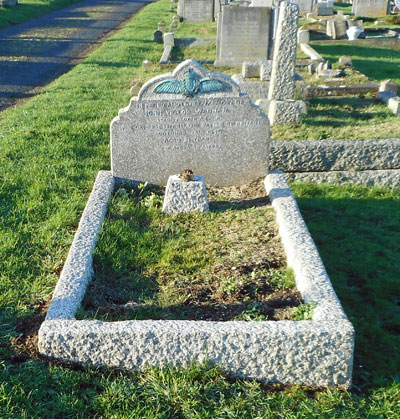 IN PROUD AND LOVING MEMORY OF
JOHN VICTOR WADHAM
SERGT PILOT, R.A.F.V.R.
WHO GAVE HIS LIFE IN THE BATTLE OF BRITAIN
OCTOBER 12TH 1940
AGED 21 YEARS
"PER ARDUA AD ASTRA"